The waters on the surface of the earth flow together wherever they can,

as for example in the ocean, where all the rivers come together.

Symbolically this connotes holding together and the laws that regulate it.

Natural resource and commodity issues on a global and local level. 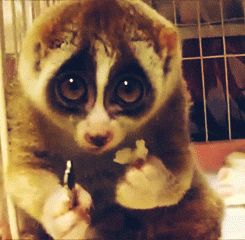 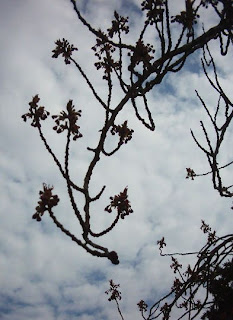 "Are we to look at cherry blossoms only in full bloom, the moon only when it is cloudless? To long for the moon while looking on the rain, to lower the blinds and be unaware of the passing of the spring - these are even more deeply moving. Branches about to blossom or gardens strewn with flowers are worthier of our admiration." Yoshida Kenkō
Posted by Mr. D at 5:19 AM No comments:

That which shrinks
Must first expand.
That which fails
Must first be strong.
That which is cast down
Must first be raised.
Before receiving
There must be giving.
This is called perception of the nature
of things.
Soft and weak overcome hard and
strong.
Fish cannot leave deep waters,
And a country's weapons should not be
displayed.
Translation by Gia Fu Feng & Jane English
Posted by Mr. D at 11:55 AM No comments:

In conjunction with the rare earths recycling story and previous postings here, including the downside of mining rare earths, here's a useful map the New York Times put out two days ago: 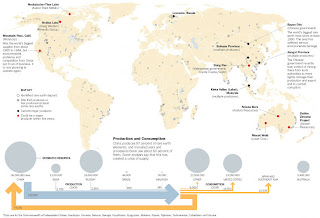 While rare earth elements are actually found throughout the earth’s crust, they are not often found in high enough concentrations to be economically exploitable. Currently, China produces about 97% of the world’s rare earth elements as concentrations are high there and barriers to mining are practically non-existent.  For many years, American manufacturers were happy to pay to import them from China because the price was right, and the obstacles to mining for them here were numerous.

However, China has recently reduced its quota of rare earth element exports, sending countries such as the U.S. and Japan into a panic. Due in part to its control over most of the world’s rare earth element supply, China’s own cleantech industry is booming. In order for other countries to stay in the game, rather than handing over almost all production of electronics and cleantech products over to China, they must find ways to loosen China’s stronghold over these materials.
One solution that many countries are pursuing is local mining. But while there are other sources of rare earth element ores, such as in the United States, Canada, and Australia, more test drilling and economic feasibility studies must be conducted before mining can begin. Even then, it may take years before any of these mines would be ready for production. The bureaucracy involved in obtaining the proper permits in the U.S. and the valid protection of endangered species that have also made utility-scale PV installations and transmission lines a not-so-simple endeavor are also obstacles to domestic mining of rare earth elements.

Another possible solution to this problem is to recover these elements from the waste created in the manufacturing process. As a leading exporter of the world’s electronics, and major consumer of rare earth elements, Japan has begun to develop various recovery methods, ranging from chemical to biotechnological processes. Teams from the University of Tokyo and Osaka Prefecture University, and from Hitachi in the private sector, have succeeded in metal separation and recovery. However, these processes are not more cost-effective than importing from China, even at higher import rates. The work and research taking place in Japan is important, but has not yet proven to be a viable replacement for Chinese imports. In order to reduce dependency on China, more efficient recovery methods must be developed.
One way to recover rare earth metals that is being developed in the U.S. is through the proven wastewater treatment method of flash vacuum distillation, which separates clean water from pollutants in a controlled atmosphere chamber. With this technology, industrial wastewater can be treated, while recovering valuable rare earth elements.
Posted by Mr. D at 10:26 AM No comments:

More good news on the renewable energy front Monday: The cost of onshore wind power has dropped to record lows, and in some regions is competitive with electricity generated by coal-fired plants, according to a survey by Bloomberg New Energy Finance, a market research firm.      "The latest edition of our Wind Turbine Price Index shows wind continuing to become a competitive source of large-scale power," Michael Liebreich, Bloomberg New Energy Finance's chief executive, said in a statement.

Rising food prices and a shortage of critical crops is fueling political instability in numerous regions worldwide and might have contributed to uprisings in Egypt and Tunisia, according to international food experts. While food costs were not the primary reason for the unrest in those nations, recent public uprisings do illustrate the risk when such stresses are added to existing political problems, Lester Brown, founder of the Earth Policy Institute, told the Guardian. According to the UN’s Food and Agriculture Organization, food prices reached a record high in January for the seventh consecutive month. Its food price index jumped 3.4 percent from December to the highest level since 1990, when the UN started measuring food prices. “It’s easy to see how the food supply can translate directly into political unrest,” Brown said. In South Korea, which imports about 70 percent of its food, President Lee Myung-bak has urged the formation of a national task force to procure food supplies in the face of these rising costs.
Posted by Mr. D at 6:09 AM No comments:

Mr. D
This site is for infotainment purposes only, not to construed as any kind of advice that anyone would actually take. All rights remain with original copyright holders.